Do I Want to Live in Washington State? Or Maybe West Virginia? - My View From The Woods

Do I Want to Live in Washington State? Or Maybe West Virginia?

Washington State and West Virginia are on my list of states where I want to look for a piece of land to build an off the grid home.

I have a list of criteria that a property must meet before I'd even think about purchasing it. These criteria are listed in the following article, titled Where to Live Off the Grid - What States are the Best?

In that blog post, I also take a look at the plant hardiness zones because the zones are delineated by the minimum low temperatures for the area.

I don't want to live in an area that is colder than where I live now. Based on the temperature map some states lost priority while others moved to the top of the list.

This post and Range of Precipitation in Tennessee and Oregon is concerned with annual precipitation. Rainfall and total precipitation are important parameters because I want to garden and not to have to worry about constant watering.

Plus, I'm used to living in an area that receives around 40-inches a year with quite a bit of free-flowing water in streams, creeks, and rivers. For those reasons, I want to buy some land that gets between 35- to 50-inches of water per year.

If there's more rain or snow than that, it might be a drag to live there as I love the sunshine.

So let's take a look at the total annual precipitation for Washington State and West Virginia.

When I think of Washington State, the first thing that comes to my mind is volcanoes. Ok, maybe that's because I'm a geologist, most people think of rainy Seattle and the temperate rainforests on the west side of the Cascade Mountains.

I've visited these forests, and they're beautiful! I want to live in Washington State, but I'm not sure about the weather, to be honest.

There have to be some areas of Washington State that get more reasonable rainfall amounts.

Let's take a look at the map and see what areas are in that 35- to 50-inch precipitation range. 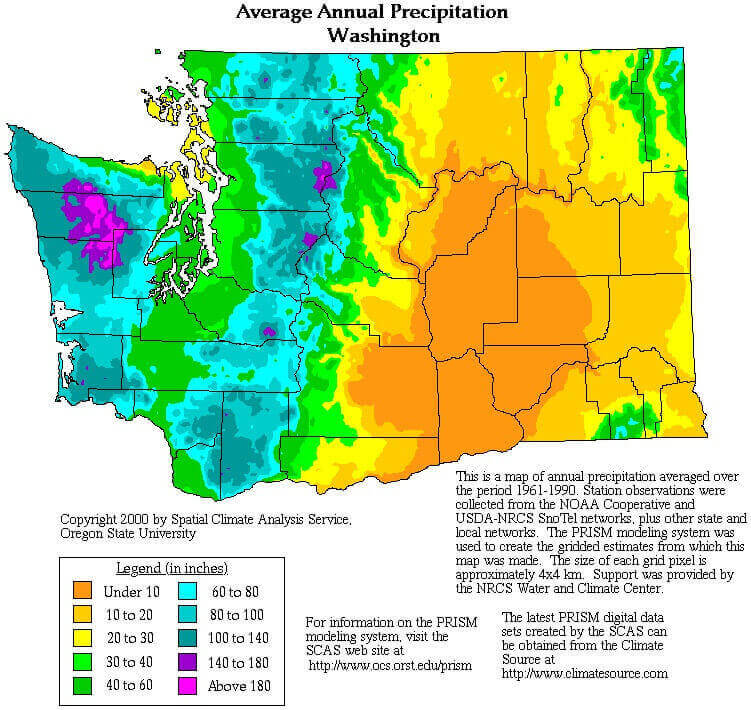 Wow, some areas in Washington receive over 180-inches of water in a year!

The green banded areas are the ones I'm interested in. You can see a north-south oriented band south of the bay and a couple of counties that get 40 or so inches in the drier eastern counties.

Not as much of the state is available to me as I thought, but there appear to be enough areas where I could look for land. Since the region is quite mountainous there should be land with enough topography to have some streams useful for micro-hydro power.

I'll keep Washington State in the mix for now, mainly because I think it's so beautiful and it would a good place to live off the grid.

If you've ever visited West Virgina you know how beautiful the mountains, hills, and hollers are.

Although several web pages I've read caution against living in West Virginia, I think it's a place that would fit into the life I want. I like the warmer overall temperatures compared to central New York, but it still has enough elevation for snow. The hilly topography will be ideal for micro-hydroelectric generation.

Below is a map showing the average annual precipitation for West Virginia. 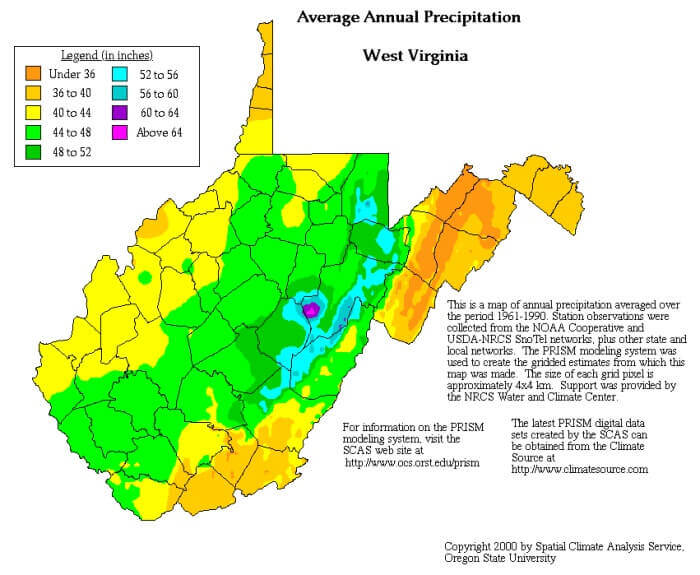 For all intensive purposes, the whole state receives my ideal annual precipitation. Some areas in eastern WV get less than 36-inches, but the central and western regions are all in the running as far as temperature and rainfall.

As I figured, West Virginia appears as a prime candidate for land purchase. At least for the criteria, I've looked at so far.

Washington has quite a few counties that receive the range of precipitation that I'm looking for and the whole state of West Virginia appears to be ideal for my off the grid home.

Here is the list of states that I want to investigate. The states listed in green are at the top of the list, those in black have very limited areas where I would want to purchase land, and the states crossed out are at the bottom of the list.

Where Do You Think I Should Buy Land?

Where do you think would be a good place to build an off the grid home? Give me your reasons in the comment section below. 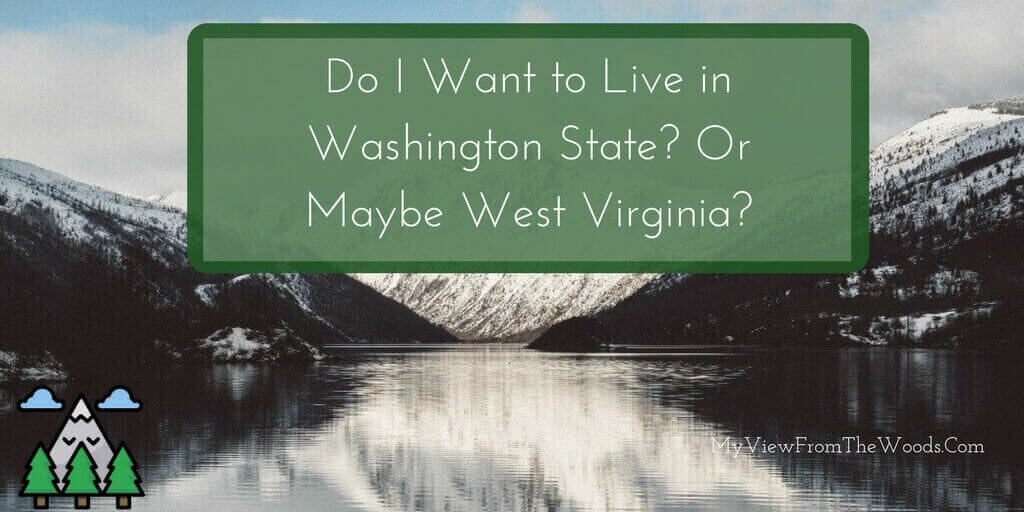 Setting Up A Form For A No-Dig Garden Bed

Will A Community Garden Work For A Market Garden?

Previous Post Range of Precipitation in Tennessee and Oregon Next Post Does North Carolina, Arkansas, & Kentucky Receive Too Much Rainfall?

My favorite romaine lettuce. #frecklesromaine from

This fungus seems to attached to the young lettuce

There is life in the compost

Some of the tomatoes got transplanted today. Finis 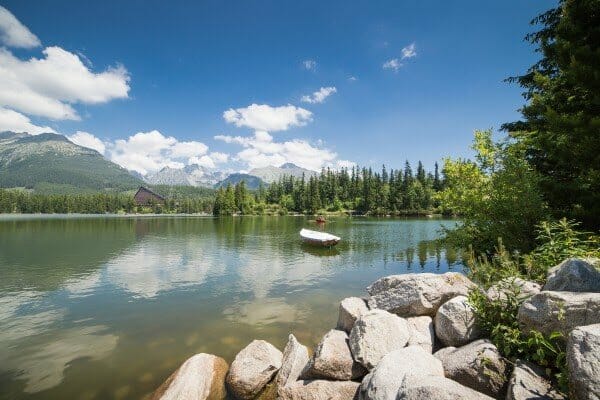